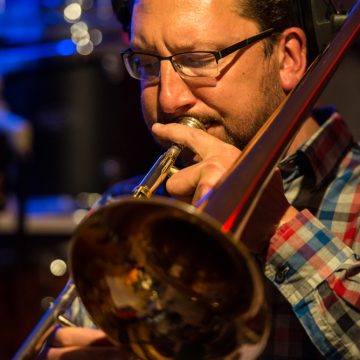 Daniel Hewson is an award-winning pianist, trombonist, arranger and composer. He was a member of the National Youth Orchestra and studied music at Oxford University, where he won the Osgood Composition Prize for his String Quartet (premiered by the Allegri Quartet). He is the son of Richard Anthony Hewson (creator of the RAH Band, arranger for the Beatles, Diana Ross and James Taylor).