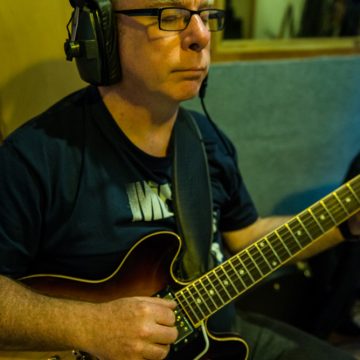 Carl Orr has performed and recorded with some of the finest musicians on the planet including Billy Cobham, George Duke, Ernie Watts, Randy Brecker, Gary Husband and Bennie Maupin.  He is a regular at London’s legendary Ronnie Scott’s Jazz Club leading his own band and as a member of drummer Mark Fletcher’s supergroup “Fletch’s Brew”. Carl has taught guitar at The Australian Institute of Music, Brunel University, Middlesex University, London Centre Of Contemporary Music and The Academy of Contemporary Music.  A prolific composer,Carl has recorded eight albums as a leader and is featured on albums by Billy Cobham, Fletch’s Brew, Geoff Eales and Nathan Haines.